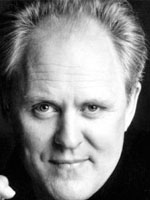 John Lithgow has won Golden Globe and Emmy awards. He appeared in 1982's the World According to Garp and 1983's Terms of Endearment, both times receiving an Oscar nomination. He may be best known for his role in Harry and the Hendersons

He appeared in the following 10 episodes of Radio Mystery Theater

I loved him in Harry and the Hendersons!

Reply
I was pleasantly surprised this morning when i listened too Prisoner of the machines and heard john lithgow's voice. It was a great serial and i cant wait to hear all of the episodes he did.

Reply
He was so great in The Victim . I still have the original broadcast that i recorded off KNX in Los Angeles when I was 13.

Reply
It's such a gift to hear his voice again. I have always loved cbsrmt since I was a young boy. I still can't believe I found this on FB.

Reply
Love Him in "Prisoner of the Machines" and "The Victim".

Reply
John Arthur Lithgow (born October 19, 1945) is an American actor, musician, poet, author, comedian and singer. He has received two Tony Awards, six Emmy Awards, two Golden Globe Awards, three Screen Actors Guild Awards, an American Comedy Award, four Drama Desk Awards and has also been nominated for two Academy Awards and four Grammy Awards.[1][2] Lithgow has received a star on the Hollywood Walk of Fame and has been inducted into the American Theater Hall of Fame. Lithgow is well known for his television roles as Dick Solomon in 3rd Rock from the Sun, Arthur Mitchell in Dexter and Sir Winston Churchill in The Crown as well as for his roles in films Blow Out, Twilight Zone: The Movie, Footloose, Santa Claus: The Movie, Harry and the Hendersons, Raising Cain, Shrek, Rise of the Planet of the Apes and Interstellar. His performances in The World According to Garp and Terms of Endearment each earned him Academy Award nominations for Best Supporting Actor. On the stage, he has appeared in many Broadway productions including the musical adaptation of Sweet Smell of Success and Dirty Rotten Scoundrels. In 2007, he made his Royal Shakespeare Company debut as Malvolio in Neil Bartlett's production of Twelfth Night. He has also recorded music, such as the 1999 album of children's music, Singin' in the Bathtub, and has written poetry and short stories, such as Marsupial Sue, for children. His work for children has earned him Grammy Award nominations and two Parents' Choice Silver Honor Awards.

Reply
Thanks for the reserch. He is an amazing talent.