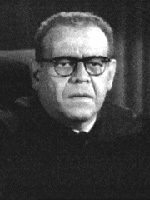 Charles Irving played Tex on radio's Bobby Benson. His TV and Movie career ran from 1942 through 1981

He appeared in the following 5 episodes of Radio Mystery Theater

Charles Irving (July 30, 1912 - February 15, 1981) directed two episodes of The Andy Griffith Show. As an actor, he appeared in the films A Face in the Crowd with Andy Griffith and Head with The Monkees. On TV he played the recurring roles of Dr. Joe Bradley on "Peyton Place" and a judge on "Perry Mason". He also appeard on on the following series The Henry Morgan Show, Gangbusters, Lux Radio Theater, Studio One, The Milton Berle Show,Bobby Benson, Inner Sanctum Mysteries and many others

Reply
Charles Irving had a 30+ year career in radio, appearing on dozens of programs including The Inner Sanctum Mysteries, Gangbusters, Lux Radio Theater, The Henry Morgan Show, Studio One, Bobby Benson and The Milton Berle show. He appeared in over 50 films and television programs. His film credits include A Face In The Crowd, Fate Is The Hunter, Countdown, Project X and the Monkees movie, Head. His television credits include The Alfred Hitchcock Hour, Peyton Place, Perry Mason, Bewitched, Get Smart, I Dream Of Jeanie, Bonanza and the daytime soap, Search For Tomorrow. He also directed 2 episodes of The Andy Griffith Show.