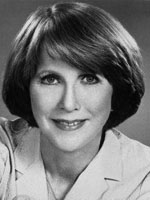 Julie Harris has won 5 Tony's 3 Emmy's, a Grammy, and been nominated for an Oscar.

I adored Julie Harris and saw her many times on Broadway. She really WAS Emily Dickinson in "The Belle of Amherst" and brought her amazing talent and voice to so many roles in all media. Unfortunately, she died in August of 2013. You must update your history for her. I wish she still were with us. RIP, Ms. Harris.

Reply
Julia Ann Harris (December 2, 1925 – August 24, 2013), was one of America's greatest acting treasures. Julie was an American actress renowned for classical and contemporary stage work that brought her five "best actress in a play" Tony Awards. She who five Tony Awards including for "I Am Camera" and "40 Carats," earned an Oscar nomination for ''The Member of the Wedding" and won three Emmys including for "Little Moon of Alban." On stage, she appeared in such performances such as It's a Gift, Oedipus Rex, The Young and Fair, The Warm Peninsula, The au Pair Man, The Glass Menagerie and many other. On television, she appeared in such films such as the Outer Limits, Scarlett, Knots Landing, The Love Boat, Backstairs at the White House, The Last of Mrs. Lincoln, Columbo: Any Old Port in a Storm, The Virginian, The Big Valley, Bonanza, Rawhide and many many others Julie also appeared in some of these films East of Eden (1955), The Haunting (1963), Voyage of the Damned (1976), Nutcracker: The Motion Picture (1986), Gorillas in the Mist (1988), The Golden Boys (2008) and many others

Reply
I still remember seeing her onstage as Emily Dickinson in "The Belle of Amherst". What a gem she was.

Reply
I remember her from “The Haunting”. it is my favorite horror movie, mainly due to her incredible job of slowly descending into a form of madness and accepting what was happening. It was like watching someone heading towards a waterfall and just buying into it and accepting the inevitable with a sort of disturbing peace.