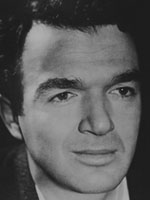 Will Hare's showbiz career spanned over half a century. Primarily a character actor he was often cast in Crusty Old Man/Grandfatherly roles.

2 Responses to Hare Will

Will Hare (March 30, 1916 – August 31, 1997) was an American actor who appeared on television and films, often playing old crusty figures and father/grandpa roles. Hare was born in Elkins, West Virginia, Will Hare was a founding member of the Actors Studio. Off-Broadway, Mr. Hare starred in Brian Friel's ''Crystal and Fox'' (as the leader of a provincial acting company), played Dylan Thomas in a revival of Sidney Michaels's ''Dylan'' and was in John Ford Noonan's ''Older People'' and Conrad Bromberg's ''Dream of a Blacklisted Actor.'' He also appeared in plays by Horton Foote, Clifford Odets, David Rabe and Maxim Gorky Hare's film debut was Alfred Hitchcock's The Wrong Man (1956) and his final theatrical appearance was Me and Veronica in 1992. Hare's other distinctive film credits include roles in The Effect of Gamma Rays on Man-in-the-Moon Marigolds (1972), The Rose (1979), The Electric Horseman (1979), Enter the Ninja (1981), Eyes of Fire (1983), Silent Night, Deadly Night (1984), The Aviator (1985), Back to the Future (1985, as Old Man Peabody), Vendetta (1986) and Grim Prairie Tales (1990).

Reply
Will Hare's 60+ year entertainment career included radio, stage and screen. He appeared in a number of radio programs including the Mysterious Traveller, This is Your FBI and the Sealed Book. He had numerous appearances in a number of Broadway and Off Broadway productions as well as appearances in over 60 films and television programs. He is best remembered for his work in the films, Heaven Can Wait, the Electric Horseman and Back to the Future.