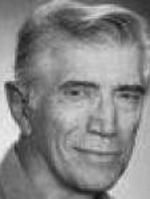 Joeseph Campenella has appeared in more than 200 film and TV roles since 1955.

He did a great job in this role as an attorney.Professional, believable and interesting to listen to.

Reply
Joseph Anthony Campanella (born November 21, 1924) is an American character actor who has appeared in more than 200 television and film roles since the early 1950s. He appeared in such television shows as Combat, Decoy, The Eleventh Hour, The Doctors (1963), The Fugitive, Mission: Impossible, Marcus Welby, M.D., Gunsmoke, The Big Valley, Alias Smith and Jones, The Untouchables, Police Story, The Road West, The Invaders, The Mary Tyler Moore Show, Rockford Files, The Golden Girls, and Mama's Family. He had a recurring role from 1959-62 as a criminal named Joe Turino on the long-running CBS daytime drama The Guiding Light. He had a role in 1967 as Lew Wickersham in the television series Mannix as Joe Mannix's boss and friend, before the PI started his own firm. Campanella appeared as attorney Brian Darrell from 1969-72 in The Bold Ones: The Lawyers. Campanella played Los Angeles County Sheriff's Department Captain Monty Ballard in the crime drama TV movie Sky Heist in 1975. He played Ann Romano's ex-husband, Ed Cooper, in eight episodes of One Day at a Time (1975–1984) and Barbara Stanwyck's love interest in the first season (1985–1986) of Aaron Spelling's short-lived Dynasty spinoff, The Colbys. He appeared in a second-season episode of The Golden Girls as a detective and a seventh-season episode of "Star Trek: Voyager." He had a prominent role as Harper Deveraux on the soap opera Days of Our Lives from 1987 to 1988, had a recurring role as a doctor in "Beauty and the Beast" (1989-1990), and a recurring role on The Bold and the Beautiful from 1996 to 2005. Campanella voiced the character of Dr. Curt Connors/The Lizard on Spider-Man: The Animated Series (1994–97). He narrated the Discover science series on the Disney Channel from 1992-94.

Reply
He is/was a good actor.