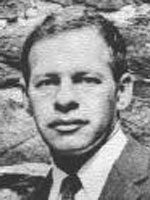 Mike Kellin was a TV and Movie actor who appeared in productions like the Twilight Zone, The Untouchables, and The Wackiest Ship in the Army.

I used to travel in the late hours and I always enjoyed listening to the stories that Mike Kellin narrated.

Reply
Mike Kellin served in the Navy as a lieutenant commander during World War II, and after the war, studied acting and playwriting at the Yale School of Drama. He appeared in over 50 plays, both on and off Broadway, including the Odd Couple and Pipe Dream, for which he received a Tony nomination. He appeared in over 100 films and television programs. His film credits include The Wackiest Ship In The Army, Hell Is For Heroes, Invitation To A Gunfighter, The Boston Strangler, Midnight Express, The Jazz Singer and Sleepaway Camp. His television credits include Suspense, Inner Sanctum, Alfred Hitchcock Presents, One Step Beyond, the Twilight Zone, Lost in Space, Gunsmoke, Kojak, Barney Miller, Starsky And Hutch and All In The Family. He released one album of folk songs entitled, "And The Testimony's Still Coming" and he appeared on the Broadway show tunes album, "Tevya And His Daughters".